As always, there's a lot more stuff that I enjoyed reading this month on Reading Feed. Do check it out!

Leah Libresco is the single person who I believe has the best practical ideas about how to be a human being in this world.

(This video -- of her speaking about her new book -- isn't embeddable, but if you click, it will open in a new tab.)

This was the beginning of a much longer post, but I realized that I have absolutely zero idea where that post is going, so instead: Here, have a great video by a math nerd explaining her experience converting to Catholicism. Even if you disagree with her metaphysical propositions, I think her approach to grappling with ideas larger than yourself is an incredibly lucid and useful framing-of-things. Maybe, hopefully, someday, I'll find the clarity to write about how I feel about the metaphysics, but in the mean time, do watch the video—it's excellent.

Elsewhere, she's been on fire all over the Internet this whole week:

And again, even the parts which are ostensibly written for Catholics are thought-provoking reads for the rest of us.

And for completely secular Libresco (say that five times fast...), enjoy FiveThirtyEight | Hamilton is the Very Model of a Modern Fast-Paced Musical. 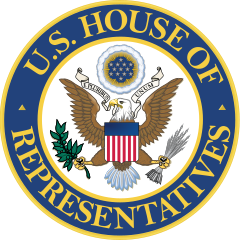 When she's not writing about building community (Catholic or otherwise), Leah writes for FiveThirtyEight, and so this is right up her alley: h/t Vox, a PLOS paper on "The Rise of Partisanship and Super-Cooperators in the U.S. House of Representatives":

It is widely reported that partisanship in the United States Congress is at an historic high. Given that individuals are persuaded to follow party lines while having the opportunity and incentives to collaborate with members of the opposite party, our goal is to measure the extent to which legislators tend to form ideological relationships with members of the opposite party.

We quantify the level of cooperation, or lack thereof, between Democrat and Republican Party members in the U.S. House of Representatives from 1949–2012. We define a network of over 5 million pairs of representatives, and compare the mutual agreement rates on legislative decisions between two distinct types of pairs: those from the same party and those formed of members from different parties. We find that despite short-term fluctuations, partisanship or non-cooperation in the U.S. Congress has been increasing exponentially for over 60 years with no sign of abating or reversing.

Yet, a group of representatives continue to cooperate across party lines despite growing partisanship. (...)

This figure is pretty much the whole story: 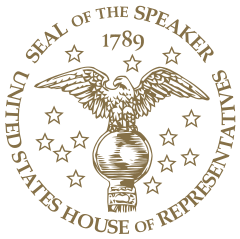 One tiny blip contravening this general trend: Vox | Obama and Boehner made one last budget deal. Here's what we know.

Consume with liberal quantities of "One Last Time" from Hamilton:

"If we get this right, we're gonna teach them how to say goodbye—you and I."

...though it's possible that "The Room Where it Happens" is more obviously appropriate.

"Look around at how lucky we are to be alive right now! History is happening in Manhattan, and we happen to be living in the greatest city in the world!"

I've been incredibly lucky to be alive right now, with so many incredible people discovering and passing around important new thoughts. (c.f. Leah) But even more than that, I've been unbelievably fortunate to actually personally get to know some of these people. Leah's one, and Scott Kominers is another. He's a co-author on a recent NBER working paper which is pretty jaw-droppingly...well, here:

We [use] computer vision methods that quantify the physical appearance of streetscapes using images. Specifically, we use "Streetscore", a measure of perceived safety of streetscapes obtained from computer vision methods (Naik et al., 2014) trained on hundreds of thousands of ratings of Google Street View images (Salesses et al., 2013). Streetscore provides a decisive advantage over manually curated or crowdsourced datasets. As a computer algorithm, it has the throughput required to evaluate millions of street blocks to identify physical changes in the urban environment at an unprecedented scale.

In this study, we combine Streetscores with demographic and economic data largely taken from the U.S. Census and American Community Survey. Since neighborhood changes may largely reflect migration, we cannot directly test architectural ideas about how neighborhood appearance impacts the life of specific individuals. Rather, we examine how neighborhood appearance relates to aggregate social outcomes at the neighborhood level. We explore whether social and economic changes precede, follow, or co-occur with changes in the physical appearance of neighborhoods. Additionally, we test three explicit theories of urban change: invasion, tipping, and filtering.

In addition to the incredibly cool methodological tech, also worth reading for the impeccable use of the word "impecunious" at the top of page 2. 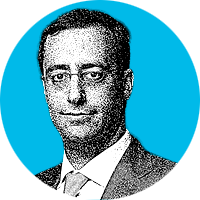 Elsewhere in "people", some quotes by some people about selected famous people:

[O]ne insightful thing that I've read about Donald Trump is that his appeal comes from the fact that he doesn't act like a billionaire, he acts like a regular guy would act if he one day woke up a billionaire. This appeal is lost on me, since if I had a billion dollars I would not put my name on buildings in big gold letters, or run for president.

Carl Icahn, on the other hand, is my kind of billionaire. He is clearly having fun with his vast piles of money, and by "having fun" I mean mostly "messing with people." (...)

Unfortunately, Putin, like other modern autocrats, had, and still has, an advantage the Soviet leadership could never have dreamed of: deep economic and political engagement with the free world. Decades of trade have created tremendous wealth that dictatorships like Russia and China have used to build sophisticated authoritarian infrastructures inside the country and to apply pressure in foreign policy. The naive idea was that the free world would use economic and social ties to gradually liberalize authoritarian states. In practice, the authoritarian states have abused this access and economic interdependency to spread their corruption and fuel repression at home. (...)

I'm a fan of Randall Munroe, the guy behind the Web comic xkcd and the book What If?. I'm also a big supporter of the effort to end polio. So anything that combines Randall and polio eradication is great in my book.

Here's a strip Randall drew for us in honor of World Polio Day. I got a kick out of it and thought I'd share it with you.

Wait. That wasn't so much about the quote, as about the comic. See it over on Bill Gates's blog. But more important than the comic is this fact:

Poliovirus type 2 has been eradicated.

Someday within our lifetimes, Jai will write a victory-speech over polio, a la 500 Million, but not a Single One More. I believe that we will see malaria beaten, but I practically know we will see polio cured. This faceless foe we will scour from this Earth.

A Verse for the Armistice