If you find yourself enjoying these weekly linkwraps, you might be interested in the so-called "Reading Feed" I've been updating for two weeks now. Basically, instead of spamming Facebook with everything I read, like, and see fit to re-link, I keep one running list of the things I think it's worth the time to have read.

I don't quite manage to update every day, but it's been running for 12.35 milliSpirits[?] so far, so maybe I'll be able to keep it up into the future. Maybe not. Anyway, it's more of a reject pile for Bucket o' Links than anything else, but if you want more of stuff like this, check it out?

We landed on a comet!

XKCD live-comic'd the event, and if you missed that, you can view the unofficial replay compiled at xkcd1446.org. Current status, xkcd's depiction notwithstanding: ESA: "Our Lander's Asleep" (ESA blog).

In other science-made-even-cooler-to-nerds news, here's a LEGO particle accelerator:

No really; it accelerates a LEGO soccer ball to 12 kph. Watch the video!

Credit where credit is due: JK Brickworks.

It costs $5 million to endow (read: put your name on) a professorship at Harvard. Steven Ballmer (App. Math & Ec `77) is taking an even dozen. (though it's not yet clear whose name will actually be on them -- Ballmer and Gates both have a history of heartwarming namings-of-things at Harvard) That's almost certainly the largest gift Harvard CS has received in its history (though it's ~40%, inflation-adjusted, of the largest gift ever to SEAS), and will grow the department from 24 to 36 full professorships.

The Crimson, Boston Globe, and New York Times have writeups full of exactly the soundbites you'd expect, but it's worth taking a click through the splash page SEAS itself produced, if only to watch the video where Ballmer says, in the way only he can, "future so bright, you gotta wear shades."

Ballmer's former partner in business has become a household name, and now runs a great blog on which he posts about saving lives, energy innovation, improving education, and books he's reading. He recently posted an inspiring human story, with the following forward:

Once in a while, you read something that’s so compelling, you want to share it with everyone you can. Dr. Ada Igonoh’s story had that effect on me.

Dr. Igonoh is a physician in Lagos, Nigeria, where she helped care for Patrick Sawyer, the patient who introduced Ebola into Nigeria in July. After coming down with the deadly virus herself, she spent two harrowing weeks getting treatment in isolation wards.

When I met her at a conference in New Orleans last week, Dr. Igonoh handed me a written account of her experience. Even knowing she was going to be okay, I couldn’t stop reading—I had to know what happened next. Her optimism was inspiring. Her story also gave me a deeper appreciation for all the health workers who are heroically caring for patients and trying to stop this epidemic. And it is a good reminder of the way uncertainty reigns in the early days of an epidemic. The world’s response since then has been remarkable, and Nigeria has now been certified free of Ebola.

I want to thank Dr. Igonoh for her courage, and for agreeing to let me share her story here. It is well worth your time to read it. — Bill Gates

The story is here; the blog is GatesNotes, and you should read both. Guys, the science we have is really wonderful. 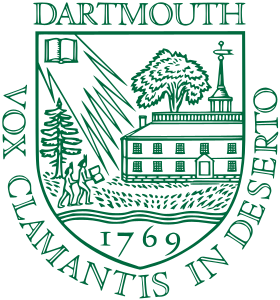 Back stateside, but at another Ivy-League institution, apparently the Dartmouth College Democrats and Dartmouth College Republicans "think it's really disappointing" and "[are] horrified", respectively, that Dartmouth senior Emily Sellers would ask Rick Perry, in a public Q-and-A session:

In her own editorial in The Dartmouth (college newspaper), Sellers defends her protest:

The reason this action was uncomfortable is also why it was necessary: it occurred outside the limits of what Perry and others who benefit from the dominant discourse deem appropriate. But it is important to challenge the boundaries of propriety. When confronting those in power who actively disrespect the rights and humanity of others, any demand to civility is ironic.

The questions were offensive because they confronted his actual policies. Why is our tone — as politically powerless undergrads — more offensive and shocking than his enacted homophobia as a man with incredible amounts of money and power? Respect in this context is not a paramount or meaningful concept.

I’m not advocating disrespect per se — rather, that incivility can be an effective and appropriate tool for such circumstances. My questions were disrespectful, but I reject the notion that I should respect a man who holds power simply because he holds it. It should matter what he does with that power, and what he does is oppress people he finds icky.

The overwhelming response of "this was childish and petty and stupid; she shouldn't have done that" is kind of confusing to me -- yes, of course it was; that was the point; can we have the discussion about the place of impudent satire as a part of healthy civil discourse? Or have we decided that not even the court jester may crack jokes at the king's expense? (grumble grumble grumble; at least the Berkeley-Maher situation appears to be unchanged.)

And, because we're getting political in here [Wait, isn't the topic "Science, B****es!"? / Hush, you.], Conor Friedersdorf of The Atlantic has a great piece in "How Fox News Fails Cultural Conservatives" that had me nodding along:

If you'd never watched Fox News, the 24-hour cable network that caters to Americans who self-identify as conservatives, you might expect its entertainment coverage to focus on culturally conservative, family-friendly matters—fare some conservatives feel is ignored in a media run by social liberals. Where else to turn for such news if you're a Republican grandparent who wistfully remembers the days when network TV put married couples in separate beds, or a red-state dad who wrote a letter to the FCC when Janet Jackson's nipple emerged from her Superbowl costume, or a megachurch or Christian college attendee who shares the lament that our culture is hyper-sexualized?

But tune into the network's actual entertainment coverage and one quickly realizes how far it is from being the change cultural conservatives want to see in the world.

As someone dubious of nudity causing any harm, I don't have any urgent objection to clickbait articles that capitalize on the desire of the masses to see a photo of Kardashian's butt. What's less forgivable, to me, is pretending to disapprove of the Kardashian photo in order to profit from it via traffic, even while snarkily belittling the subject's body. (...)

I've also broken this segment out into its own post here.

...which brings us, full-circle back to the Rosetta rendezvous, the Philae landing, and one of the most crucial questions surrounding it: What was astrophysicist Matt Taylor wearing when Philae landed?

Maybe it's too early to say how the data are comparing to those from the Rosetta orbiter, but could you give us an overview with how the [Philae] lander data are going to compare with those we've been able to collect from the orbiter?

(If you didn't watch the video, Taylor's answer to Emily Baldwin's question--the one I quoted above--is: "Guys, the shirt I wore this week...I made a big mistake, and offended many people, and I'm very sorry about this." He then takes a few moments to collect himself, obviously trying not to cry; a friend pats him on his back.)

Oh, come on, people! Are we tuning to watch history being made or a media circus about the irony-soaked fashion choices of geeks "covered shoulder-to-ankle in garish tattoos, [sporting] the requisite ironic hipster beard[,] and [holding] international press conferences in surf shorts, purple socks and skater shoes." (thanks, Ricochet!)

The shirt, for those of you with curiosities now piqued, is pictured in this video, right after the part where we as a human race land a mobile science lab on a two-mile-wide iceball 300 million miles away:

Right so. Garish; gaudy; not the sort of thing I'd wear to lab meetings. (But then again, I don't work at the CEA, and I can't perform a soft landing on a comet somewhere outside the asteroid belt, so I won't snipe.) Very clearly an homage to the trashy sci-fi novels this generation of scientists read growing up. And not half as demeaning to women in STEM as some D-list blogger [I'm not going to give em the dignity of a link here] opining on how many years all women in STEM have been set back by a trashy shirt some guy chose to wear in irony on his big day. (I really hope I'm not presuming too much to suppose that when Matt gets dressed in the morning, he does so ironically. c.f. hipster beard, tatoos, etc.)

Turns out it's not just the right-wing media that's become a parody of itself. Cedar Sanderson writes eloquently on her own blog:

I'm furious. This is simply unacceptable. It is not ok to let the bullies win. I've spent years telling my daughters that it's ok to be different, to not dress like every other girl in school. It's ok for them to be geeks, to love science, to be in band, to not do what all the cool kids think they ought to do. And now, this comes along and suddenly all the work I have done is set back by the prissy mean girls who can’t stand that geeks are Odds.

My initial comment on this stands. "Arguing that this is why women don’t go into science is beyond ludicrous. Based on my observations at school, most women don't go into science because it would mess up their hair and chip their nails, and they went to school where they passed because they were girls, and science is HARD, so they switch to journalism. And the few, the proud, the insanely weird like all the others we know and love in the field, we keep going because Science is cool, and that's where the boys are (and who wants to hang out with a bunch of girls who are only interested in critiquing your shirt?)." (...)

We do not support women in STEM by pillorying unfortunate fashion decisions. What is this, 2004?

On original publication of this post, I invited guest authors to provide dissenting opinions; I had two such submissions, which I highly recommend reading, for greater perspective on the issues involved. The full index is here.

A Comet Landing, and a Misplaced Media Firestorm