I'm going to continue calling these my Friday linkwraps, in the hopes that I'll (1) actually publish one on Friday someday, or, failing that, (2) not slip to a write-on-Saturday, publish-on-Sunday schedule if I call them my Saturday linkwraps instead.

I'm still running an updated-almost-daily feed of readworthy links at My Faults My Own | Reading Feed. Check it out if you're a fan of these BoL's!

For reasons which may later become clear, I've written two subtly different versions of the first two sections of this post, for different audiences; this version is for readers who don't have time for my mind games and just want to read a normal Bucket o' Links. Poets, dreamers, and readers who don't care to erect walls between fantasy and reality, click here.

I've been trying (without success) for the better part of a year to find a way to write in a reasonable way about Mencius Moldbug's Urbit project, whose own documentation quotes:

So, instead, I'm going to just point interested readers to Clark Bianco's Popehat post, Nock, Hoon, etc. for Non-Vulcans (Why Urbit Matters). When you're reading, it's not nonsense in the strictest sense -- it's a rabbit hole. And if it's one you feel like diving into, do let me know -- I am fascinated, scared, and above all, curious. Urbit's own doc is here; warning: very deep rabbit hole.

Chasing down the provenance of the above quote led me to Wikipedia | Tlön, Uqbar, Orbis Tertius, which is, without exaggeration, the most fascinating Wikipedia page I have ever read. Excerpt:

It is by no means simple to sort out fact and fiction within this story. The picture is further complicated by the fact that other authors (both in print and on the web) have chosen to join Borges in his game and write about one or another fictional aspect of this story either as if it were non-fiction or in a manner that could potentially confuse the unwary reader...

As a result, simply finding a reference to a person or place from "Tlön, Uqbar, Orbis Tertius" in a context seemingly unrelated to Borges's story is not enough to be confident that the person or place is real. See, for example, the discussion below of the character Silas Haslam.

The original short story is here in pdf.

If you'd like the "beauty" version of this post, you can read it here. From here downwards, they're (almost exactly) the same in both versions. It's possible that this joke was funnier in my head, but oh, well.

Talking about language, lies, and truth... Scott Alexander, writing at Slate Star Codex in The Categories Were Made for Man, Not Man for the Categories, has a lot of clever things to say about what we really (should) mean when we argue about whether whales are really fish, tomatoes are really vegetables, whether Pluto is really a planet, where countries' borders really lie, and whether we're really deluding ourselves in basing gender on self-identification and not, say, biology.

Excerpt from early on (when we're still talking about whether whales are fish, despite being biologically mammalian):

You try to explain that no, Solomon is wrong, dag [fish] are actually defined not by their swimming-in-sea-with-fins-ness, but by their genes...

Solomon says oh God, you are so annoying, who the hell cares [about genes]. In fact, the only thing Solomon cares about is whether responsibilities for his kingdom’s production of blubber and whale oil should go under his Ministry of Dag or Ministry of Behemah. The Ministry of Dag is based on the coast and has a lot of people who work on ships. The Ministry of Behemah has a strong presence inland and lots of of people who hunt on horseback. So please (he continues) keep going about how whales have [fish genes].

Jeff Kaufman, picking up the idea but keeping it less theoretical and more practical, asks a provocative question toward the trans* community about what, if any, useful role gender is actually serving:

If we were to keep our current social environment and just drop gendered pronouns it would be an awkward tradeoff. Some people would be very happy that they could mostly sidestep the question of gender; others would feel like they were losing the only way they currently get any acknowledgement of their gender, any counterbalance to the many subtle ways people continuously misgender them. I think it would be an improvement on balance, but I'm not sure.

It seems like the real problem here, however, is using apparent gender in deciding how to treat people. Thinking through examples, I haven't found any that are beneficial or even benign. Keeping explicit recognition of gender via pronouns seems like the wrong way to handle this: fight excessive gendering with more gendering?

Repeat and amplify: Does the notion of gender (as a distinction that we draw between people in order to treat them differently) have any non-essentially-problematic benefits that we should be trying to salvage? Are there things in masculinity and femininity worth saving? Is there baby that we should avoid throwing out with the bathwater here, or should we merely be throwing the whole thing out as fast as possible?

(This is a real question; if you have thoughts, sound off in the comments or send me stuff by email, snailmail, Facebook, or in person.)

EDIT: Apparently, Jeff is a timelord, because he posted his a day before Scott's. 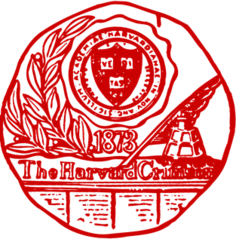 Here's a wonderful op-ed in the Crimson, in response to Stephen Pinker's Why Academics Stink at Writing, titled, tersely, Why I Write Bad. Excerpt:

This is why my academic writing stinks. I’ll hammer out a response paper the hour before it’s due, throwing in as many “normative”s and “dichotomy”s as I can muster. “Do I sound smart yet?” my writing pleads. It’s all icing—like the staple and the font choice—layers and layers of icing on a tiny, bland cake. My TFs will often tell me I’ve improved as a writer over the semester, when really I’ve just figured out which kind of bullshit they prefer. Why risk writing something good in the hopes it’ll be recognized as good, when I can write garbage I know will be recognized as good?

Confession: One of the main motivations I have for writing this blog is to learn to communicate better -- not to my graders, but to actual people who I care about communicating to. If you, as a reader and a friend (or at least, perhaps someone who cares a bit for your humble author), notice that my prose is veering toward vapid and melliflous pontification, do let me know? I appreciate it. Speaking of academic writing, here's a paper that got accepted to the International Journal of Advanced Computer Technology:

Maybe don't pay $200 to have your paper published in the IJACT?

Completely unrelatedly, this happened in Toronto this Tuesday:

(When the mic cuts out in the middle of The Star-Spangled Banner, a hockey stadium of Canadian hockey fans pick up the slack.)

And I wouldn't bring it up, except that reminded me of this video from April 2013:

(The national anthem starts at 3:50ish.) For more on being in Boston that week, I wrote a thing this May, reflecting one year after the fact.

And, while we're talking about sports, today is the 131st playing of the Harvard-Yale game. (I pray that those of you not in Cambridge now forgive a little shameless school pride here; it's the one time of year any of us care about sports.) We won, of course, marking the eighth straight Harvard victory. Sic semper veritas!

But I digress. To commemorate the meeting of the most prestigious school in Connecticut with the most prestigious school in Cambridge, Mass. west of Central Square, Harvard UC President Gus Mayopoulos and internet-famous Yale student Sam Clark met in a staged, but humorous, debate on the merits of their respective schools, featuring an unscripted guest appearance by Yale student president Michael Herbert, famous for challenging Gus to a boxing match.

Featuring such intellectual back-and-forth as:

Herbert: Well, Harvard students are on video saying the US is a greater threat to world peace than ISIS.

Mayopoulos: Okay, so this is the number of nuclear warheads America has. (writes 9,500 on the board)

Herbert: Alright, but how many of those would we use? Zero!

Ladies and gentlemen, this is Michael Herbert, elected president of the Yale student body. Goodnight.