September 23 Links: Affording College, Thinking Outside the Box, and Papametrics

...and we're back! Staring at a critical mass of cool things in my feed today, I decided to dust off this old format, and serve seven things that I think are worth reading, even if I don't have time to write more than a paragraph or so about each.

First, a reminder that my own Reading Feed is still going strong, being the place that I leave links in the top quartile or so of the things I'd read that day. It updates every day or too, so check back whenever you've got time to kill...or see the nifty widget on the upper-right of the Faults homepage for the most recent of them.

The most recent (as of Sept. 18) links, to provide a taste, are to Dylan Matthews on the anti-vax movement and anti-autism bigotry, Bruce Schneier on "The War on the Unexpected", and Alex Tabarrok on how increasing the severity of sentences fails to provide significant deterents to crime (in a way other interventions don't).

First out of the gate: My good friend Mike Yu has an excellent piece on Medium titled "What i really learned this summer":

Whenever somebody asks me what I learned this summer, I usually say, "Probably more than I have the rest of my life combined," which is true. It turns out that what I really got out of my summer was a whole new way of thinking about the world, something that’s applicable to everything from trading to business to product to politics. The premise of this framework is:

Assuming that everybody else is stupid is usually wrong, and always arrogant.

Coming from Silicon Valley and the world of startups, he reflects on the startup-culture belief that, if no one is doing a thing yet, it represents a prime opportunity for you to do it. He's very adamantly not anti-innovation, but rather, pro-“think before you swim upstream”:

It's not always a bad thing to be a salmon swimming upstream. Just remember that the fish swimming downstream have a reason that they're doing so, and most of the time, it's because there's a bear at the top. (...)

More than a year ago, in my Dear Brother series, I argued that, far from leaving students mired in debt, elite colleges like Harvard are one of the most affordable opportunities for higher education that exist:

Any college that makes the "elite" shortlist has enough money that they'll be able to provide financial aid for (lots of, if not all) students in need. What with a shiny new $150M donated last year to support up to fund 200 scholarships and support 600 more, financial aid at Harvard isn't exactly stingy... [T]he other Ivies are likewise; they would rather you graduate without debt...and are willing to write off up to 100% of your tuition bill to make that happen. (...)

Well, the New York Times released the 2015 data on the "College Access Index", quantifying economic diversity in the nation's top 200-ish colleges. Harvard comes in at eleventh, and notably is tied for the lowest "net price, middle-income" ($7k/yr), within a thousand dollars of Davidson (#15), Princeton (#18), and Stanford (#19). That's half the cost of some of the UC schools (which top the list). So there, Will Deresiewicz.

The Upshot also has a neat piece on the most common critique the CAI sees from college administrators.

White to play and mate in three, by Tim Krabbé, as described by Hebden Bridge Chess Club: (spoilers below the images) 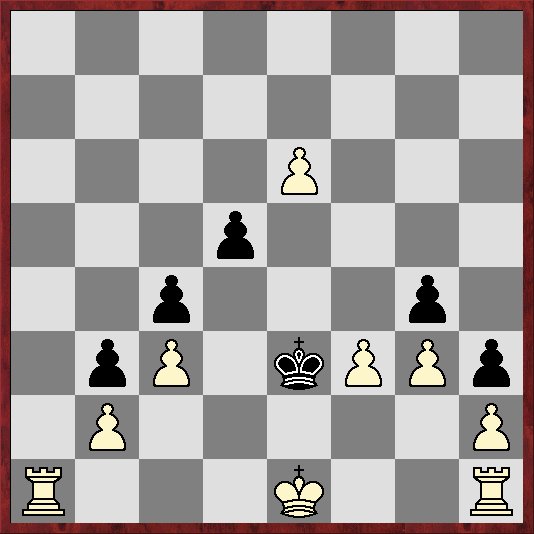 You might be thinking outside the box if your (1972) chess problem requires inventing new notation to express the solution, and afterward the FIDE changes the rules of chess.

Elsewhere, in thinking outside the...something, a smartwatch app that can track out what you're typing based on your wrist motions:

Using the watch's built-in motion sensors, more specifically data from the accelerometer and gyroscope, researchers were able to create a 3D map of the user's hand movements while typing on a keyboard.

The researchers then created two algorithms, one for detecting what keys were being pressed, and one for guessing what word was typed.

The first algorithm recorded the places where the smartwatch's sensors would detect a dip in movement, considering this spot as a keystroke, and then created a heatmap of common spots where the user would press down.

Based on known keyboard layouts, these spots were attributed to letters on the left side of the keyboard.

The second algorithm took this data, and analyzing the pauses between smartwatch (left hand) keystrokes, it was able to detect how many letters were pressed with the right hand, based on the user's regular keystroke frequency.

Based on a simple dictionary lookup, the algorithm then managed to reliably reproduce what words were typed on the keyboard. (...)

From our wrists to our eyeballs, it's a brave new world of technology; Facebook is considering alternatives to the "Like" button for some content. But don't believe the New York Times when it claims "Coming Soon to Facebook: A 'Dislike' Button". Slate gets it more correct with "Is Facebook Finally Building a 'Dislike' Button? Not Exactly."

Basically, the options that Zuckerberg is teasing are more along the lines of Eric Meyer's "I can't 'like' this content, but I think it's important" than my "I think fewer people should see this content". I think that we need both for a healthy social web, though I realize that there are serious reasons for Facebook to be wary about introducing the latter.

Halfway around the world from Mark Zukerberg, Matt Welsh has an incredible blog post about his field research about mobile usage in Indonesia. Highlights:

Everyone I met used prepaid mobile data: Typically they would "top up" by buying a voucher or card at a kiosk -- with cash -- which would give them another couple of GB of data. The carrier sends an SMS when the quota is about to run out, and much like filling up on gas, you'd head to the kiosk and get another card. Various other approaches were used -- some people would SMS a person they knew, who would top up for them and then pay them by transferring money through their bank account. We didn't meet anyone who had an account with a mobile carrier and got billed regularly. (...)

Nearly everyone I met had maxed out the storage on their phones -- typically 8GB or more -- presumably downloading pictures, videos, games, and so forth. (It seems that WhatsApp automatically stores all images downloaded from a conversation into the local device, which might be a major contributor, given its popularity here.) As a result, nobody was able to update their apps, even when Chrome (for example) reminds them to do so. We saw a lot of out-of-date app versions being used, and people told us they have been unable to update due to storage constraints. (I was expecting people to tell me they didn't update apps because of data quota limits, but that didn't seem to be a major issue.) I don't know what can be done about this -- some way to automatically zap old WhatsApp images or something -- but it obviously creates problems for users when they are using buggy or insecure versions of things. (...)

And another excellent read on an unlikely topic: Leah Libresco, a Catholic blogger, a Jesuit priest, and two NYT newswriters discuss how, exactly, one goes about quantifying the impact of a pope. Excerpt:

Leah: And, in fact, self-identification numbers were what my friend and I settled on [to bet about]. But we had the problem of how to control for general changes in religiosity over time, so we went looking for a control group. Any guesses as to what we picked?

Mark: I give up. Remember, math is not what I do.

Sam: Did you measure against another religious self-identification?

Carl: Catholics under the prior pope?

Leah: Sam and Carl (combined) are right! We decided to look at the rate of change in Catholic self-identification from 2010 to 2013 and 2013 to 2016 to see if there was a discontinuity. But we needed a control as a comparison, and we picked Episcopalians! (...)

Before that point, though, there's a good deal of intelligent back-and-forth about what the Church is even for, be it Mass attendance, number of canonizations, humility, service, love, evangalism, return to the model of parishes, text-corpus surveys of what words the public associates with the Church, or the rate of Catholics attending confessional. I can't do it justice, but it was a thoroughly engaging read.

Leah's also been on fire this week, and Ridiculously Over-Engineered Approaches to Empathy, over on her blog Unequally Yoked, was also fantastic.

Whew! I probably won't keep these pegged to Fridays (as I used to), but rather post them sporadically, as I accumulate sufficient mass of links. (Reading Feed will remain the frequently-updated channel.)