First, I apologize (again!) to anyone who actually noticed that I'd gone on something like a month-long hiatus for most of December -- I had a lot of finals, and let this thing fall by the wayside. But welcome back, because here we go again, in a new year, with new tweaks in the linkwrap formatting. (Like them? Hate them? I'm still tinkering, so do feel free to comment!)

First, you should totally check out Scott Alexander's 12/14 linkwrap at Slate Star Codex; it's got:

Okay, okay, real links from me. The Economist explains why so many Koreans are named 'Kim'.

It's got a lot to do with the country's feudal history (there was a time when surnames were only allowed for nobility, but could be 'bought' by rich tradesmen...), and similar effects seem to explain why so many Vietnamese people are named Nguyen.

[Due to these changes, w]e will not even know whether marriage and divorce rates are rising or falling. For all the talk of evidence-based policy, the result will be that important debates on issues including family law, welfare reform, same-sex marriage and the rise of nontraditional families will proceed in a statistical void.

Much of what I, an economist who has studied family issues, and my colleagues in this field have learned about recent trends in marriage and divorce has come from questions in the American Community Survey. It asks people whether they have given birth, married, divorced or been widowed in the past year. Their answers allow demographers to track marriage and divorce rates by age, gender, race and education.

These data have revealed many important social trends, including the rise of sharply different marriage and divorce patterns between rich and poor, and the increase in divorce among older Americans, even as it has fallen for younger people. And they have provided the only statistical window into the adoption of same-sex marriage. (...)

More at the link on how, even when records are on file at the local courthouse, the ACS remains the only actually viable tool for data scientists, economists, et al. 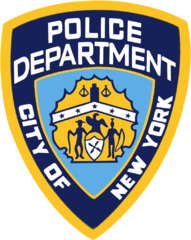 And, speaking of Open Data and uncapitalized opportunities for evidence-based policy, Ben Wellington at I Quant NY has a heatmap of where, exactly, New Yorkers sue New York cops:

![Heatmap of lawsuits against police in New York City; the southern Bronx and northern Manhattan are by far the hottest areas](http://media.tumblr.com/a07d447003e4e4595fb9763f79d93d58/tumblr_inline_nggb8dH19d1szvr4h.png"caption="per capita, residents of the Bronx are 2.5 times as likely to file a lawsuit against a police officer than residents of Manhattan, the next-closest in per-capita lawsuits)

Much, much more at the original I Quant NY post, including by-neighborhood numbers, per-capita numbers, and a spotlight on Staten Island.

Still on the topic of data-science-public-policy-news, one of my favorite news-site finds from 2014 has been The Upshot, the New York Times's new data-blog replacement for Nate Silver's FiveThirtyEight. (Here's a Quartz article doing a bit more explaining-of-what-that-means.) They've got a pair of year-in-review articles:

The Most Popular Upshot Articles of 2014, covering, inter alia, Where are the hardest places to live in the US?, The Premier League standings if only goals by English players counted, What 2,000 calories looks like, and NCAA fan map: How the country roots for college football

Editors picks, including The Fried Calamari Index, Americans are eating a lot more berries -- why?, the future in election-night numbers reporting, their NFL 4th-down bot, and No, celebrity deaths do not come in threes.

Highly recommend; expect to roll your eyes at me for yet-another-Upshot-link more than once in 2015.

Edit: Oh, and then they came out with a linkwrap of other datavis stuff they liked from around the web, so I'll go read that now.

Related because "things too nerdy-cool not to share": Some nerds at spark.io built a model of Sting (Bilbo Baggins's sword, duh) that glows blue when you're near unsecured Wi-Fi networks. I'm not kidding:

Hacks, but this time with an actually-useful bent: These folks developed a Chrome plugin that augments your college bookstore's website with third-party (e.g. Amazon et sim.) offers for books you're shopping for.

...and oops, they're being sued by...someone who has an interest in preventing them from doing that. Interesting. Here's the Reddit thread with a bunch of semi-experts chatting about legality. It's almost certainly legal, but of course, lawsuit-as-harassment-tactic technique is the oldest trick in the book[store].

Again, coding useful things: Sam Hughes, of Things of Interest (alias QNTM) and of note for having just finished my favorite webserial of all time, has a piece on his finally-successful attempt to write a script that calculates the date of Easter in a given year:

You may be like me. Every now and then, you wonder just how the date of Easter is calculated. You get as far as this Wikipedia page, you read it for a while, and then your head sort of caves in a little.

In my case, I have a page called the Lent Countdown. Nobody reads this page except me, I am the only person who cares deeply about Lent, don't worry about it. Currently, the date of Easter is hard-coded in that small bit of JavaScript, which means it needs updating manually every year. Every year I try to write an extra small bit of JavaScript to save myself the effort and every year I give up and fix the date manually, handing the problem off to a future self who is potentially more intelligent or tenacious...

Easter, it seems, is a coding horror. It may be the human race's first, chronologically. (...)

[spoiler alert; this year, he actually solves it] And, because Sam occupies a low-index place on my list of favorite bloggers:

While still returning the correct date of Easter for every year from 1900 to 2199 inclusive, the program has been optimised for your understanding rather than brevity or performance. I guess in that respect the code is essentially the second half of this essay. Hope you get something out of it.

Hm, okay. That was so much fun, let's go in for another seven! (Yeah, I'm feeling kinda bad for missing a bunch of weeks there.)

...first, three musical links (and one non-musical one) that I'm stealing shamelessly from Leah Libresco's Jan-2 linkwrap. Stilted commentary mine, though.

Max Gladstone, author of Three Parts Dead (great book; 9.7/10; would buy a friend for birthday present) and a friend sing a relyricization of "We Three Kings" to "Far Over The Misty Mountains":

"I Am the Very Model of a Biblical Philologist", to the obvious melody:

Scott Alexander's "On the Question of Whether Theological Disputations May be Set to Music", for the Aquinas fans in the audience:

And, over in the category of "transformative works seriously rivaling the original", Topher Grace's recut of the three Star Wars prequels into one 85-minute movie, as reviewed by Peter Sciretta on Slashfilm:

Topher Grace's Star Wars fan edit is an interesting experiment. You have to understand that Grace can only use the footage available to him, so some of the same problems exist that plagued the original films: some of the dialogue remains laughably bad, and you can't change some of the stilted performances and stiff framing. I have seen a few of the other fan edits that have been online, including the famous Phantom Edit -- and this is probably the best of the bunch. I'm not sure if it turns the saga into a great film, but its certainly a lot more entertaining. (...)

Details on how the cut is put together in the review; unfortunately, the video itself seems not to be available anywhere on the Internet, sadface.

Now, could we please have this done for the Hobbit movies, and then leaked onto the Internet? Continuing down the line of nerdy mashups, but departing from Leah's excellent links, here's the story about Dr. May-Britt Moser, of the Norwegian University of Science and Technology, who accepted her Nobel prize in an amazing dress decorated with a pattern of neurons, modeled on the neural linkages she discovered, and for whose discovery she was being honored.

You know, it's the classic trope of "nerd makes scientific discovery, goes to present it to royalty, but requires the help of a well-timed fashion expert to clean up and dress themself appropriately."

Nerds, presentability in public, and... Neil deGrasse Tyson got a little flak for being "anti-Christian" for the following tweet:

but responded on Facebook in a long note, and finished his trolling-grand-slam with

Imagine a world in which we are all enlightened by objective truths rather than offended by them.

And, today, in "Ross discovers his new favorite Tumblr ever", Philosophy Bro, where complicated philosophical things get explained in the vein of:

"...In fact, you get pretty good at understanding how the patterns in the show work, and everyone else chained up is like, 'Holy shit bro, how did you know that that tree was going to fall on that guy?' and you’re like, 'It's because I fucking pay attention and I'm smart as shit.' You’re the smartest of the chained, and they all revere you."

Glaucon: "But Socrates, a tree didn’t really hit a guy. It’s all shadows."

Socrates: "No shit, Glaucon, but you don’t know that. You think the shadows are real things. Everyone does. Now shut up and let me finish..." (...)

In the most recent episode, the eponymous Philosophy Bro fields the stumper

Anonymous asked: "Hey bro, I was wondering if you could give me some key points where the theory of Utilitarianism (John Stuart Mill) and Rawls' social contract differ or are similar, and why is one of them (Rawls, because that's what I'm trying to conclude) more plausible. Thanks"

Thanks for writing in! I exist to serve at the pleasure of lazy undergrads. And -- oh good! -- I can see you’ve already decided on a conclusion before you’ve taken the time to understand the relevant positions. That’s good news -- nothing says "I'm not part of the problem" like having pre-settled conclusions. That makes my job easier.

The theory that the right actions depends on how many "utils" an action produces. Some actions, like doing your own fucking homework, create lots of utils, while others, like wasting my valuable fucking time, actually destroy utils. Utils, according to utilitarianism, are also all that keep the dimensional rift closed. (...)

and just gets better from there.